Taxes Are the New Budget Cuts

Recently I attended the Government Finance Officers Association (GFOA) conference May 6-9 in Denver. This being my first time attending, I was struck with the level of professionalism and the atmosphere of learning emanating from the conference speakers and attendees. You never know quite what you’re going to get in a conference, since in my experience conferences are like colleges. Some are party schools and proud of it; others try hard to promote their academic standards and austere culture. This definitely seemed more towards the latter.

No topic seemed more front and center on people’s minds than the impact of changes being proposed to the federal budget. "Out-of-control spending," "mortgaging our children’s future," "going off the fiscal cliff"— all the rhetoric being thrown around has state and local governments scrambling to develop plans to mitigate the cuts that might be coming.

The response to these cuts and what the real impact of the proposed changes will be was the topic of one session titled “State and Local Perspectives: Working with a New Congress and Federal Government Administration.” During the session, speaker Ivan Samstein, CFO for Cook County, IL, discussed how local governments can and should join the conversation on the impact federal cuts would really have by joining the dialogue on social media, responding to critics at community events, and engaging their federal representatives in the House and Senate. Local governments often are where these impacts are felt and the results played out in people’s lives.

One point made by Mr. Samstein was that many program cuts inadvertently lead to tax increases. When funding cuts are made to a mandatory program, simply canceling the services or programs is not legally an option. The result is services that must be continued, but with limited ways of increasing revenue that often means increasing existing or adding new taxes.

That would seem to be the opposite impact the proponents of these policies intend. Who else can really demonstrate how this affects the lives of regular citizens besides the cities and counties in which they reside? The insight that local government leaders have makes it imperative to voice their opinions on these issues and be heard.

This session and the conference as a whole definitely confirmed that the outcome of the federal budget is a major concern for local governments. Alternative ways to fund programs and replace lost dollars will become increasingly important as the federal budget moves toward finalization. Local government leaders can play a critical role in understanding how these decisions actually play out in real life.

To learn more, check out the content below on how others are engaging in the conversation and creating solutions. 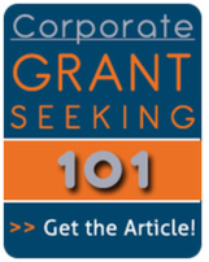