Grants and the Federal Shutdown: 5 FAQs 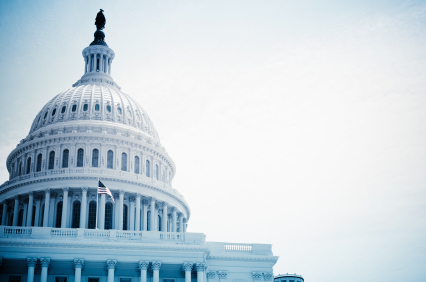 The Senate has approved a stopgap spending measure to end the current shutdown and keep the government running until February 8th of this year. However, given that there have been 18 shutdowns since 1976, it is a good idea to review what that may mean for the grant world should another one occur. Unfortunately, each shutdown creates its own nuances, so absolute answers are hard to come by. We can, however, look for clues from the 2013 shutdown, while acknowledging that the next one will occur in different year, a different administration, and quite possibly a different month in budget cycles. Keeping in mind that precedents are not guarantees, here are 5 general answers to commonly asked questions:


How are grant programs affected by a shutdown?

It depends on the type of grant. There are 2 basic types:

Is the above answer as cut and dried as it seems?

No. In "The Impact of a Federal Government Shutdown on States" Leslie Haymon, a policy analyst for the Council of State Governments, cites exceptions to this rule. For instance, some mandatory programs are dependent on annual appropriations funding like the Social Services Block Grant. On the other hand, some discretionary programs have already received an appropriation last year for part of FY 2018 such as Special Education Grants to States. These will be affected if the shutdown extends beyond the date they have been funded through. Refer to Leslie's article for more examples.

Do all federal agencies follow the same procedures during the shutdown?

No. Each agency is required to have its own contingency plan in the event of a shutdown. The plans are available on the Office of Management and Budget (OMB) website. Since the funding agency involved can also be a factor in the fate of a particular grant, the best advice is to know who your funding agencies are and check the following website as to their internal procedures: OMB Agency Contingency Plans

What happens to new grant applications during the shutdown?

Since many government employees are furloughed, applications may be accepted but probably not reviewed until after the shutdown. A report by the Government Accountability Office (GAO) found that in the 16 days during the 2013 shutdown, the National Institute of Health rescheduled the review process for over 13,700 applications.

In 2014, the GAO did a report on the effects of the shutdown on three government agencies: Health and Human Services, the Department of Transportation, and the Department of Energy. On pages 17 and 18 there is a quick reference chart of selected programs for examples on which programs did and did not continue to operate. For instance, within Indian Health Services, Funding to Tribes and Urban Indian Health Programs was interrupted, but direct clinical health care services continued.

"What a US Government Shutdown Would Mean for Science"

A concise, informative 2018 article from Nature: International Journal of Science that makes educated guesses about how science-related activities may be affected based on what happened in the last shutdown.

We are all in this new territory together. We welcome anyone who cares to share their experiences from the last shutdown or has useful information for the current situation in the comment section below. We will also update this article should new information become available, as well as share it on social media.

Update: This article was revised on January 22, 2018 to reflect the Senate vote to end the current shutdown.