How can local governments better serve their communities? One step is to read up on demonstrated successes, from economic development ideas with proven effectiveness to the innovative ways that cities are leading in energy efficiency. Here are some annotated stories to get you going:

The Office of Management and Budget (OMB) has issued 57 data standards as part of the DATA Act in an effort to standardize how terms are interpreted and used and financial data are recorded to get a clearer picture on how much funding agencies receive from Congress, and how much of that they are spending on projects and awards. The OMB's new standards direct agencies on posting data on USASpending.gov. Read more.

The American Council for an Energy-Efficient Economy (ACEEE) published the 2015 (biennial) City Energy Efficiency Scorecard ranking U.S. cities based on their local energy policies and initiatives. Boston is top of the class, and for the second time in a row. Next in line were New York City; Washington, D.C.; San Francisco; Seattle; Chicago; Minneapolis; Portland; Austin; and Denver. (A personal shoutout to Los Angeles for nabbing twelfth place!) "Overall, the report found that mayors and local lawmakers in America’s largest cities continue to take innovative steps to lower energy costs for consumers and businesses, increase their resilience and reduce pollution through increased energy efficiency."

City of Calexico: A Case Study

Read how the border city has met its goals using eCivis grants management software and is using a $1.3 million housing grant for housing rehabilitation for low-income homeowners, rental assistance for low-income households, and a microenterprise program providing technical assistance training for those looking to start a business. 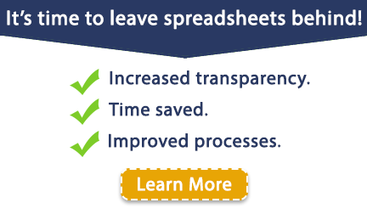