The official date for Earth Day may be Sunday, April 22, but the point of the occasion is to encourage respect for Mother Nature all 365 days of the year. In that spirit, we offer five environmental grants to help us perennially think green!

EBSCO is making available 2 grants of $100,000 each to help libraries transition to solar power. The green energy from the new solar programs will offset the amount of conventional power purchased by the funding agency, as well as help the libraries cut their utility costs. Public and school libraries may also conduct community outreach campaigns to raise awareness of solar power. Colleges or universities can use the project to engage student bodies in environmental education.

Eligibility: Local governments, academic institutions, schools and school districts. The deadline to apply for 2018 is April 30.

The SeaWorld and Busch Gardens Conservation Fund focuses on international wildlife and habitat conservation including: species research, habitat protection, animal rescue and rehabilitation, and conservation education. Most grants range from $10,000 to $25,000.

The Siletz Tribal Charitable Contribution Fund allows for assistance and expansion to current organization funding. In addition to environment and natural resource preservation, there are 11 other categories the award may be used for. Grants have ranged from $145 up to $250,000 with the average award ranging between $5,000 to $6,500.

Eligibility: This award is open to Native American entities anywhere in the county, as well as entities who serve a population containing more than 51% Native Americans. State and local governments, academic institutions, schools/school districts and nonprofits who apply must be in the Siletz Tribe's service area in Oregon. (See application page for the 11 qualifying counties). Applications are accepted quarterly, the next deadline is May 29, 2018.

Fruit trees can make a perfect addition to community gardens, public schools, city and state parks , and other public places. This program fights climate change, strengthens communities, and reduces hunger all at the same time with the donation of orchards to applicants who promise to take care of them. In addition to the trees themselves, the award includes equipment, training, community education, drip irrigation, even deer fencing if necessary.The orchards must always be used for the public good.

This program supports organizations whose aim is to restore and protect indigenous freshwater and saltwater fish within their native range, including salmon and trout. Programs should produce measurable results and work on the root causes that threaten the species and their habitats. The ultimate goal is to ensure self-sustainability for the fish. Most grants range from $5,000 to $15,000.

Eligibility: Local governments and nonprofits. There is a rolling deadline. Refer to the application page to take a basic eligibility quiz.

In order to encourage future green thumbs, we are recycling our list of organizations that assist with school gardens: 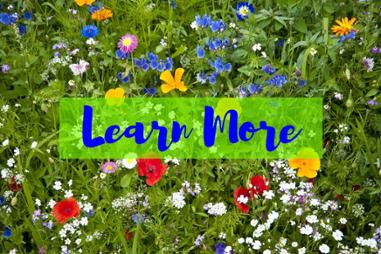