You’d be hard-pressed to find anyone on Capitol Hill, or any average American for that matter, who’s not in favor of federal financial accountability and transparency, particularly in the wake of the GSA Las Vegas spending scandal. The Digital Accountability and Transparency Act (H.R. 2146), commonly referred to as the DATA Act, is intended to take federal transparency to the next level, making recipients and subrecipients of federal funding more accountable for how funds (grants, loans, or otherwise) are used.

The legislation would not only establish uniform standards for recipients and subrecipients to report federal money but also create a publicly accessible website to host spending information. It would also create a new Federal Accountability and Spending Transparency Commission, which is to succeed the board that oversaw stimulus spending from the 2009 Recovery Act (ARRA).

The House bill's chief sponsor is California Republican Darrell Issa and the Senate bill's lead sponsor is Virginia Democrat Mark Warner. The DATA Act has received widespread support and passed in the House in late April.

But one aspect of the bill could be burdensome to state and local governments: “Recipients” include all subrecipients, and thus reporting standards could be a real nuissance for primary funding recipients who have to make sure that their recipients comply. Thompson’s Jerry Ashworth makes this key point:

“While the Recovery Act requires reporting by the first-tier subrecipient, the DATA Act would require reporting from all subrecipients down to a certain dollar threshold. This could become an administrative nightmare for prime grantees that have to ensure that their subrecipients are complying with the reporting provisions.”

What's that certain dollar threshold? The bill states that a recipient is exempt from reporting if (1) the subrecipient is an individual and (2) ‘‘the total amount of federal funds received by the recipient does not exceed $100,000 in the current calendar year or fiscal year; or no transaction in which the recipient has received federal funds during the current calendar year or fiscal year has exceeded $24,999” (H.R. 2146, §3605). Everyone else must report.

Those organizations in favor of the bill:

With the demand for government transparency, sound grants management is more important than ever. See how Grants Network: Tracking & Reporting software can help your organization stay on top of audits and help you keep the grant money that citizens need. Here's the free article: 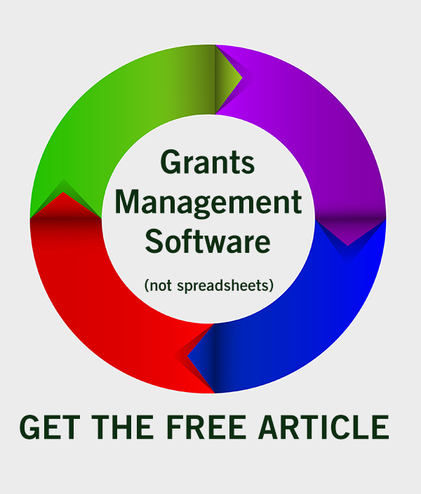 eCivis is the nation's leading grants management software solution and the ideal platform for improving grants performance for local governments and community-based organizations. For more information about eCivis, visit www.ecivis.com.