Experts Weigh In When the Earmarks Are Out

On Monday, I wrote about how the ban on earmarks has negatively affected small cities around the U.S. that once depended on such funding, as well as strategies that cities could adopt to fill the gap left behind. For this follow-up post, I’ve called on public policy experts and veteran grant writers to provide their opinion on the issue, posing the following question to them:

Given the moratorium on earmarks, what advice would you give to small cities that once depended on earmark funding and are now struggling to find funding once provided by these legislative provisions?

The respondents were so generous with their answers that I initially considered dividing this post into two but thought it best to keep all perspectives in one scrollable area (there's just too much good advice here). Remember that this virtual panel discussion includes you, the reader. City administrators and grant writers, we want your two cents: What has been your experience on this issue? Do any of the below perspectives resonate with you? Leave a comment to join the discussion.

"Small cities have been facing devastating economic times for several years. Unlike many large urban cities that are now under state-level administrative control, small cities have been forced to cut back, not hire, and designate multiple work-related tasks for a handful of dedicated municipal staff. Where will it end? Finances will always be an ongoing problem; it’s the very reason that public-private partnerships have been evolving over the past decade. Don’t overlook your corporate and larger nonprofit partners; they could be your rescue line for seeking collaborative grant funding and creative financing options."

Here are some resource links on the advantages of public-private partnerships:

"As a political scientist, I can report that the loss of earmarks has hurt places like the Museum of Latin American Art (MOLAA) in Long Beach, California, where I once won an earmark from Senator Diane Feinstein's office to pay for a new outdoor sculpture garden. In addition to the loss of earmarks, we are also seeing increased challenges for folks seeking to build performing arts centers since Governor Jerry Brown signed the bill eliminating redevelopment agencies in 2011. These redevelopment agencies had been authorized by law since 1945. They ended up producing a number of success stories such as Old Pasadena, San Diego's Gaslamp Quarter, and the Cerritos Center for the Performing Arts.

Nevertheless, I think the failure of the Obama stimulus package and the conservative mood of our Tea Party nation indicates that neither earmarks nor redevelopment agencies are coming back. I'm advising nonprofits to strengthen their grant writing programs to make up the difference. For better or worse, the abuses associated with earmarks and redevelopment agencies have soured the public on what was once a major source of political power for insiders with clout. In this context, grants are attractive because they are less offensive to taxpayers and still provide good value to nonprofit grant seekers."

"Municipalities must realize that although earmarks are dead, this doesn't mean that they can't present their federal legislative agenda to their congressional representatives. Now is the time for them to reach out to their representatives in order to ask for help reaching the agencies that manage competitive grants. Most localities don't know that they can request meetings with agencies. In fact, most agencies request that localities go through congressional staff members to get meetings set up. In addition, congressional staffers have connections with staff members on the various committees that authorize grant funds. It is imperative that committee members be aware of projects that need funding.

Localities also need to know that they can request that their representative send a letter of support to an agency for grant applications. Finally, many members of Congress are asking for increases in funding levels for competitive grants. So while earmarks are dead, in many cases those funds are being redirected to competitive grant programs."

The addition of a community health center to a community creates a demand for an educated, professional workforce, which in turn creates a demand for community amenities, such as good schools and housing…. CDBG, EDA, ACA and/or other grants can help communities upgrade infrastructure and facilities, which in turn allows them to recruit and retain the resident workforce, thereby generating additional revenues for the community. And earmarks are not dead—they've morphed into 'phone-marks' and 'letter-marks' and 'program funding.'"

Get into the Grants Game

Earmarks are long gone, but grants aren't. Is your organization or agency researching grant management software to find and manage its awards? Click below to learn how we can help: 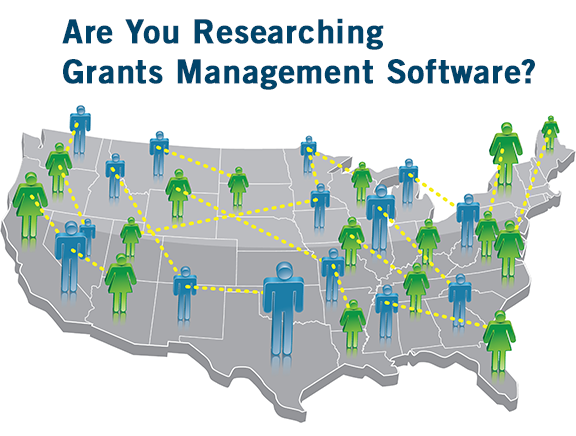